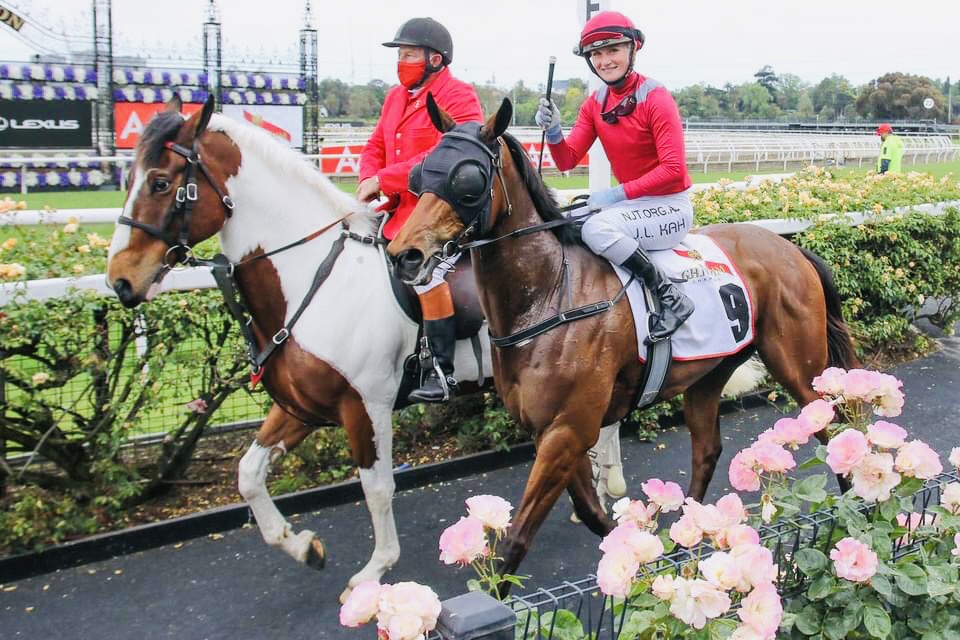 Promising filly Victoria Quay has continued her rapid rise with a dominant victory in the time-honoured Group 2 Wakeful Stakes over 2000 metres.

The Tony and Calvin McEvoy trained 3yo came into the race off a strong 2nd at Listed level in the Hill-Smith Stakes at Morphettville over 1800 metres.
On Saturday the daughter of Dundeel was ridden by Jamie Kah who has established herself this season as the leading jockey in Melbourne, and last week rode 4 winners at the Cox Plate meeting.

From a wide barrier (11) Victoria Quay jumped well with Kah patiently guiding the filly into a lovely position in running the midfield and one off the fence.
Approaching the home turn 50/1 outsider made her move darting to the lead with race favourite Personal (3/1) in quick pursuit and Victoria Quay on her tail.

At the 200-metre mark, Personal and Victoria Quay cleared away from the rest of the field to fight out the finish. After a tough tussle, Victoria Quay emerged victorious winning by 0.3 lengths from Personal with Tyche Goddess 1.8 lengths away in 3rd place.

Victoria Quay was a 250K purchase at the 2019 Adelaide Magic Millions Yearling Sale for Suman Hedge Bloodstock and McEvoy Mitchell Racing.
Her sire Dundeel was a multiple Group 1 winning racehorse and at stud is the sire of 12 individual stakes winners including Group 1 winners Castelvecchio and Super Seth.

Interestingly, Victoria Quay is the first individual stakes-winning filly for Dundeel, a figure which will undoubtedly improve in the time given how promisingly his stud career has begun.

The McEvoy stable revealed on Saturday that Victoria Quay would not continue on to the VRC Oaks and the filly had, in fact, not been entered for that race.

“We did not think this filly was strong enough physically or mentally to cope with a race like the Oaks and frankly we are pleasantly surprised she has come this far. She has come a long way and looks like she has a great future,” said Tony McEvoy.

Victoria Quay became the 3rd stakes winner and 2nd Group winner to run for Suman Hedge Bloodstock from a total of 6 horses to race.
The company will look to be active again at the 2021 yearling sales and will look to again attend every sale.