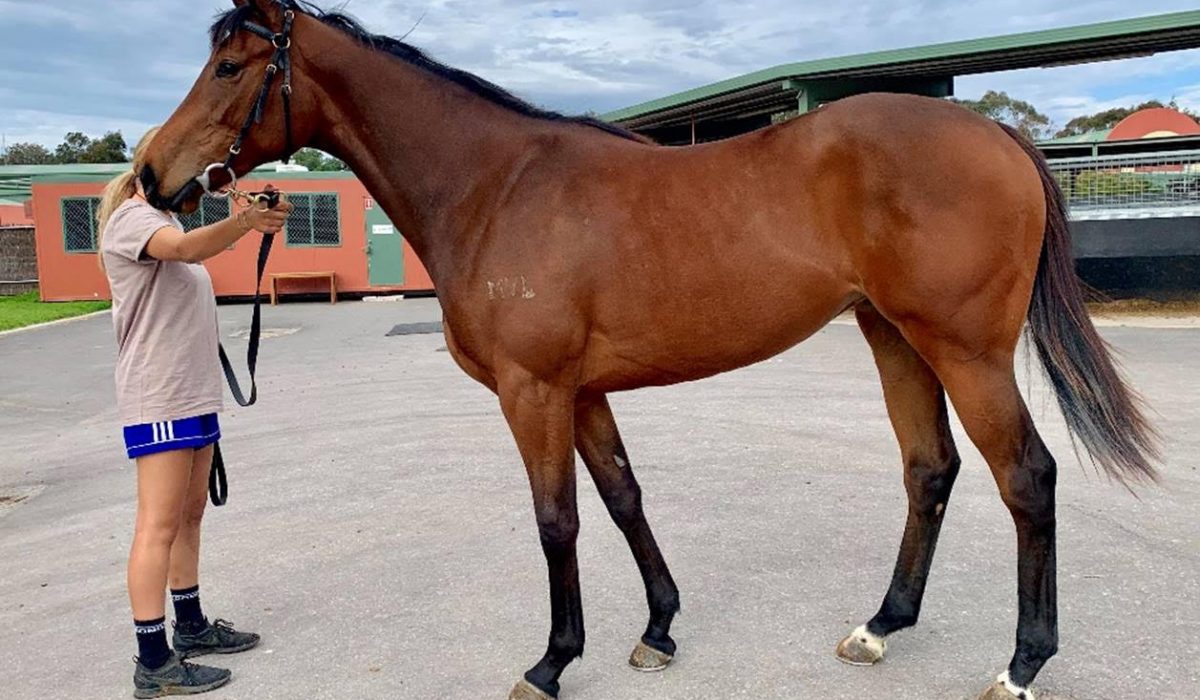 2yo Dundeel filly Victoria Quay has entered the Flemington stables of Tony and Calvin McEvoy for her first educational preparation.

The filly has impressed in the early stages of her career.

“She is a lovely moving filly, being by Dundeel and more a staying type we will just continue to educate her and get her used to stable life. We like what we have seen so far, she’s quite a feisty type and will make up into a nice 3yo,” said Calvin McEvoy.

The athletic filly was a sale topping $250,000 purchase at the Magic Millions Adelaide Yearling Sale earlier in the year and was the second co-purchase between Suman Hedge Bloodstock and McEvoy Mitchell Racing.

“I found I kept bumping into Tony and on yearling’s I liked so made a conscious decision last year to join forces which we did on Meteorite last year. When this filly was offered which we both loved we decided to join forces again and I’m glad as she is a queen who we have high hopes for when she matures,” said Suman Hedge.

The filly’s sire Dundeel has been a revelation from his home at Arrowfield Stud and really looks to be one of the most promising young stallions in Australasia.

Dam Swan River is a full sister to Group 2 winners Lieutenant and Count Encosta and is also the dam of highly promising Monaco Consul filly Ghodeleine.