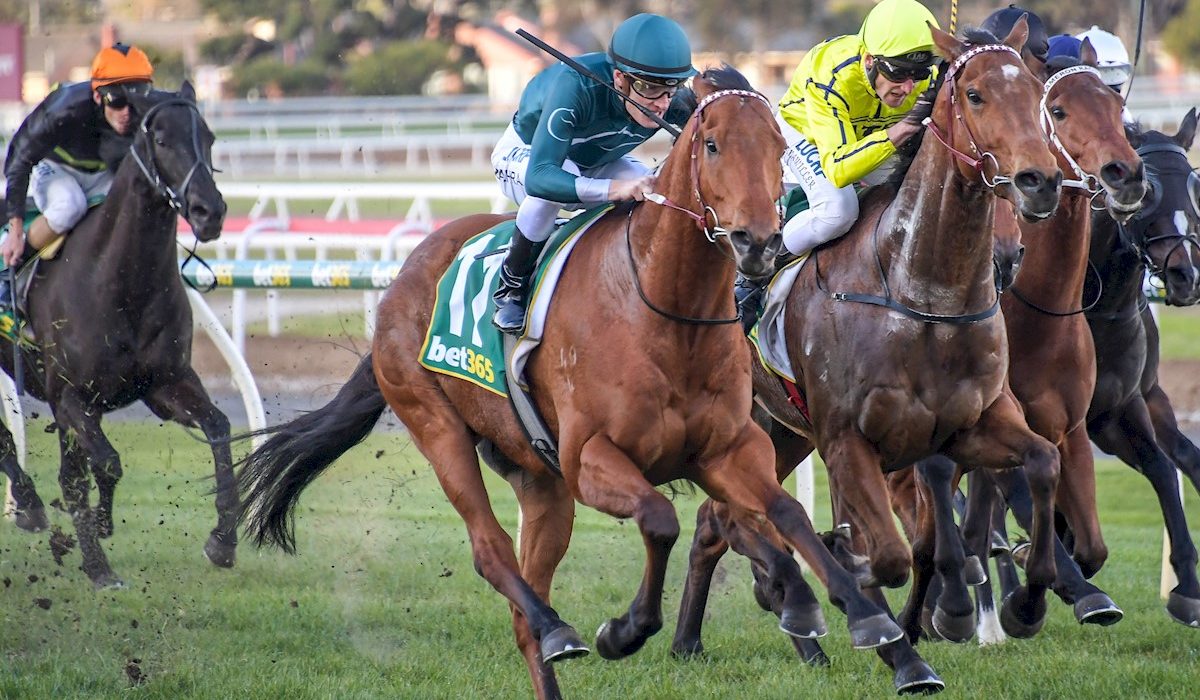 Superhard continued his excellent recent form as well as his syndicator Carbine Thoroughbreds with a strong win at Warrnambool capturing the Port Fairy Cup over 1400 metres.

The 4yo gelded son of All Too Hard has been a revelation this campaign since switching to the all-conquering Darren Weir stable.
In 8 runs since moving to Weir, Superhard has won 4 times and placed in the first 4 on 3 occasions banking over $140,000 of his career total of $186,050 in prizemoney.

Approaching the home turn Lorensini set Superhard alight with the talented sprinter kicking away to a decisive break to defeat fast finishing stablemate Silentz by 0.2 lengths with Gold Fields a further 0.2 lengths away in 3rd place.

Superhard was purchased at the 2016 William Inglis Easter Yearling Sale for $130,000. The galloper’s sire, All Too Hard was an exceptional racehorse winning 4 Group 1’s and over 2 million dollars in prizemoney. All Too Hard is also famed for being a half-brother to the champion mare Black Caviar.

At stud All Too Hard is building a reputation as a consistent source of winners siring 6 individual stakes winners of prizemoney totalling more than 5 million dollars.

Superhard’s dam Royal Season is a daughter of former Coolmore sire Royal Academy. Royal Season has done a good job at stud producing 5 winners from 6 to race including Group 2 VRC Sires Produce winner Twilight Royale as well as the stakes placed Mio Roiale.
She has an unraced 2yo Snitzel filly named Mystical Moment as well as an unnamed Written Tycoon filly still to come.

Superhard will continue on in this preparation with the Weir stable looking to run the horse next at Flemington next Saturday in a BM 84 over 1400m.