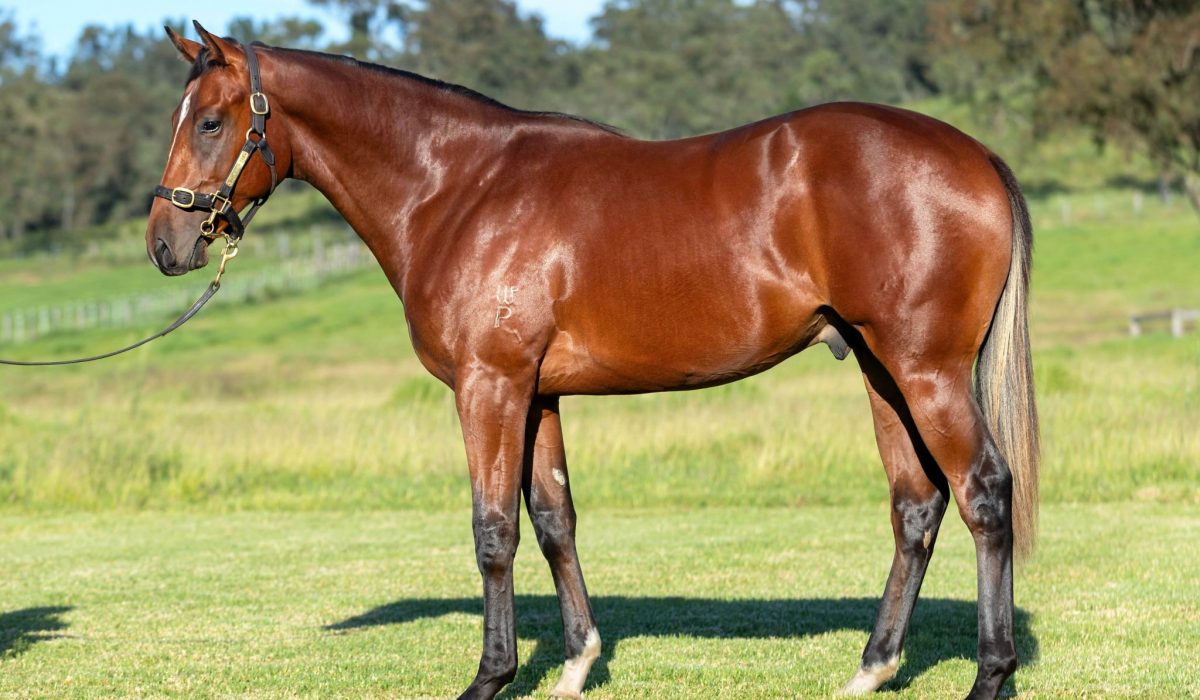 The Inglis Melbourne Premier Sale was another example of the strength of the Australian Yearling Market with great figures recorded across the board.

The sale was also very strong for SHB with the company acquiring 8 horses in a very busy sale.

LOT 182 was the first purchase, a strong bay colt by promising first season sire Hellbent in partnership with Williams Racing.

“This colt was purchased primarily on type as he is a very strong horse and has a lot of quality, he is out of quite a stout mare but he himself looks fast and there is a lot of speed in his family, we thought he represented value at 60K,” said Hedge

LOT 215 was the next purchase, an athletic bay daughter of Kermadec from the winning More Than Ready mare Sentimental Star in a new relationship with emerging young South Australian trainer Travis Doudle and Onfire Racing.

“It’s very exciting to secure this lovely filly who walks particularly well for Travis and Onfire Racing. Travis is a very good young trainer trying to get to the next level and horses like this can help take him there, she’s a belter.”

LOT 275 a bay filly by former shuttle stallion Sioux Nation from the Commands mare Tahnee Tiara was next purchased by SHB for an existing client.

“I certainly didn’t think I’d come to the sale and purchase this horse but when I inspected her she was just such a beautiful type with a big walk, Milburn Creek Farm Manager Scott Holcombe told me to buy her and I didn’t need much more encouragement, she’s a beauty and will get every chance going to Maher-Eustace.”

SHB next teamed up with the Victorian Alliance, Gai Waterhouse and David Redvers to purchase LOT 303, a bay colt by leading stallion Exceed and Excel from the winning Sepoy mare Vellor.

“This colt looks very precocious, he’s by a great stallion and from one of those old prolific Woodlands families and bred at one of the best farms in the country in Gilgai,” said Hedge

“This filly is really well put together and balanced, her sire was a star in Europe and comes here with a big rap and the female family has some depth with this filly being a daughter of a WA Oaks placegetter and half-sister to a multiple Oaks placegetter,” said Hedge

SHB then teamed up again with Williams Racing to purchase LOT 390, a chestnut filly by proven sire Toronado from the stakes-winning Reward for Effort mare Blondie.

“This filly was a real stand out and was a priority purchase. She has everything, looks, athleticism, pedigree and going to Williams Racing she will have every possible chance for success, thrilled to get her.”

LOT 405 was the next purchase for SHB, a colt by promising young stallion Dundeel from the Exceed and Excel mare Caesar’s Princess in partnership with Julian Blaxland and Anthony Freedman.

“This was the best moving colt in the entire sale and one of the best movers I have seen all year. We like Dundeel and the confidence in this colt was strong as Anthony loved him and Julian who is also a super judge felt he was a must-have,” said Hedge

LOT 498 was the final purchase at a busy sale for SHB, a bay filly by leading stallion So You Think from the winning Pierro mare Entourage purchased in partnership with Williams Racing.

“We love So You Think and this filly just looked a lovely progressive type that would be a nice classic type as a 3yo. Williams Racing have been so successful with this sire and this profile of horse and we felt at 120K she represented terrific value,” said Hedge.