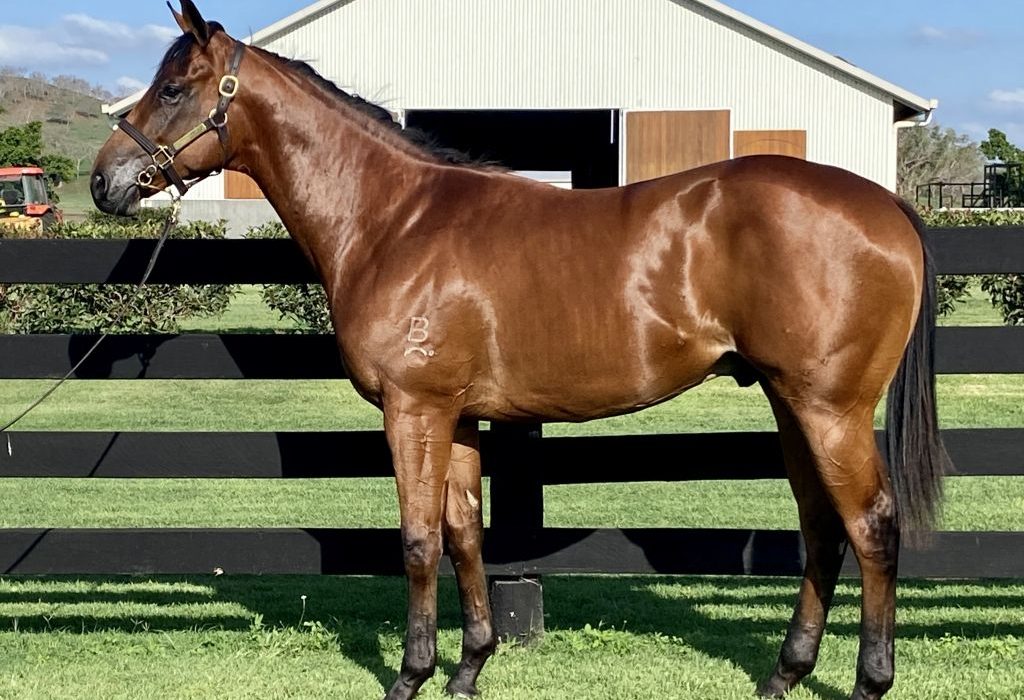 The first purchase for the company was LOT 116 a bay colt by Extreme Choice from the Universal Prince mare Elay Princess for 170K in partnership with trainer’s Mick Price and Michael Kent Jr.

This colt was a must-have for the Caulfield training partnership.

“He was a horse that we loved physically and a horse that had elite cardio and biomechanical measurements,” said Michael Kent Jr.

For Hedge, the colt was a real stand out and his 2nd purchase by the first season stallion.

“I didn’t really have a plan to buy multiple yearlings by Extreme Choice, but I’ve been quite taken by his stock, they look agile, precocious and fast. He only has small numbers out there so it will be tricky for him, but the progeny he has produced is impressive, and this colt is as good as I’ve seen by him,” said Suman Hedge.

Elay Princess, the dam of this colt was a dual winner and daughter of the stakes-placed Uma Princess.

This is the family of Group 2 winner Idyllic Prince, a winner of 15 races and over $1,017,950 in stakes as well as the listed placed Black Uma.
SHB struck again later in the sale purchasing LOT 451 a colt by proven stallion Not a Single Doubt from the Duporth mare She’s Our Choice with leading training duo Maher-Eustace for 300K.

This colt from the Bell River draft was very popular and acknowledged as one of the colts of the sale.

“This colt stood out like a beacon from the moment we saw him, and we are thrilled to purchase him. To get an athletic colt by a top sire in Not a Single Doubt out of such a prolific family is a great coup and to know he is going to one of the best training nurseries in the country gives us great optimism for his future prospects.”

Hedge again back to the Extreme Choice well but this time via the female family.

“It seems I’m a bit obsessed by that horse at the moment, but honestly these are just really nice athletic horses that have all the characteristics we look for in yearlings,” said Hedge.