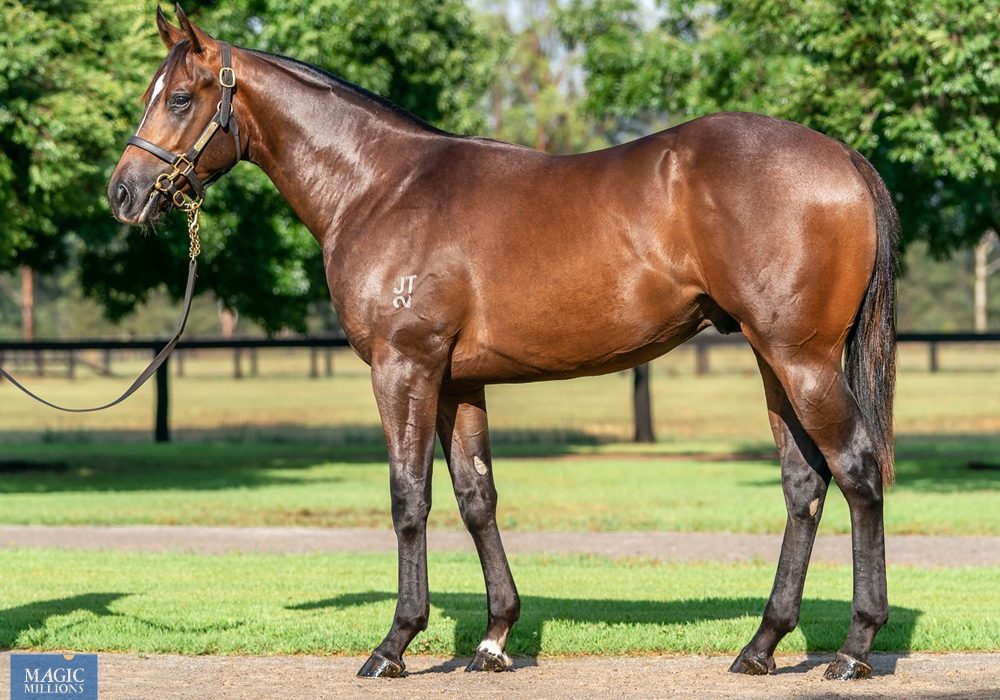 Suman Hedge Bloodstock has joined forces with an exciting new venture, the Victorian Alliance and hit the ground running with some highly prized yearlings at the 2021 Magic Millions Yearling Sale on the Gold Coast.

The Victorian Alliance, the brainchild of Rosemont Stud General Manager of Bloodstock Ryan McEvoy, is a newly formed partnership between Rosemont Proprietor Nigel Austin and a group of high-profile businessmen with the plan of purchasing yearling colts and produce a prospecting stallion to stand at Rosemont Stud.

“When Ryan approached me and asked if I would be interested in being part of the Victorian Alliance I could not say yes quick enough, I have always respected him, Tom and David and to work in with the team at Rosemont it was just a terrific opportunity” said Hedge.

The Alliance wasted little time acquiring talent with the group active at Magic Millions purchasing six well-credentialled colts and spending $3,600,000.
The purchases included colts by proven stallions I am Invincible, Zoustar and Written Tycoon, as well as, a colt by leading First Season Sire Capitalist.
The Alliance purchased at various price points with the cheapest purchase by Written Tycoon bought for $300,000 and the most expensive by Zoustar making $1,000,000.

“We have put together a powerful group of businessmen with the view of selecting a future stallion to stand in Victoria at Rosemont Stud. We have put together a strong group to identify the best athletes and given strong consideration to proven stallions. These yearlings will go to leading trainers and will be given every chance” said McEvoy.

Hedge was equally excited about the yearlings purchased by the group.

“We worked diligently to identify the best athletes, and I am rapt with the final haul. Trainers have been full of praise for the horses we have purchased and been actively lobbying Ryan to have the opportunity to train them. I’m really excited about this group and also what we will do for the remainder of the year, this is a very exciting venture, and I feel very privileged to be a part of it,” said Hedge.