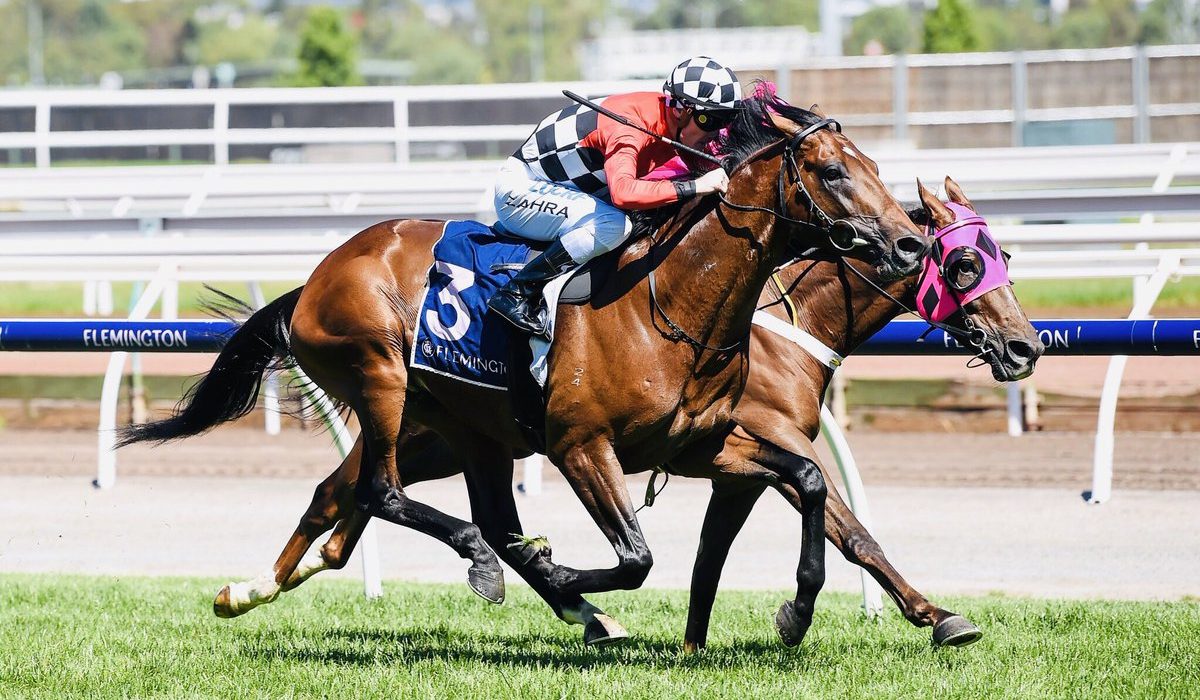 The man who bought Zoustar as a yearling is taking a global approach to his new bloodstock business.

A decision to branch out his fledging bloodstock business into the international thoroughbred market could be set to pay substantial dividends for Suman Hedge after Schabau (Ger) (Pastorius {Ger}) announced himself as a possible Melbourne Cup contender with his win at Flemington.

Schabau, having his first start in Australia for Melbourne Cup-winning trainer Robert Hickmott, won the George Watson H., a BM70 2000m race on New Year’s Day, and both his trainer and the man who bought him out of Germany are now keen to head toward the $7 million G1 Melbourne Cup in November.

Hedge, who has worked in a number of roles across the industry for the likes of Woodside Park, Iskander Racing, John O’Shea and Champion Thoroughbreds, launched his own bloodstock business last March and looking for a point of difference in the market, took a global approach.

Schabau came on to Hedge’s radar after two wins at Hamburg in July for trainer Markus Klug, the second over 2200m on G1 German Derby day.

“I had seen some videos of the horse over in Europe and an agent over in Germany, Holger Faust, and I had some discussions about the horse,” Hedge told TDN AusNZ.

“We just saw an opportunity with him, and we were able to get the deal done.” – Suman Hedge

“They are pretty active traders over there after their 3-year-old year. They are very focused on the Derby and once that is over, they tend to trade their horses. We just saw an opportunity with him, and we were able to get the deal done.”

A Change of Approach

It was the first time Hedge had done an overseas deal of that type, but with several of his clients looking for a ready-made imported stayer, he thought it was a good time to diversify from having a heavy reliance of success through the yearling sales.

“The European model seems to work in quite well for us, because we have got such good stakes money in the staying races.” – Suman Hedge

“I’d found that the yearling sales were quite prohibitive with purchasing and a lot of my clients have got an appetite for racing, but they don’t want to wait as long as they have to with yearlings,” he said.

“A few of them are diversifying a bit more. The European model seems to work in quite well for us, because we have got such good stakes money in the staying races.” View image on Twitter

Thanks to Hickmott, Western Australian owner Geoff Evans took the majority share in the now 4-year-old, while a few of Hedge’s major supporters were also keen to be involved.

“About 20 years ago I was working for John O’Shea as his racing manager and Geoff had a couple of horses with John at that time. We’d gone in different directions, but Geoff had raced horses with Michael and Rob Hickmott and when the opportunity came to buy this horse, he was shown the videos and like everyone he was taken by it,” Hedge said.

“We had to get the purchase done quite quickly and Geoff was able to come up with the money and form a group in WA, while my main clients in the horse are Rob Chapman, the chairman of the Adelaide Crows, and Mike Symons and that group.”

Winning Back the Purchase Price

Hedge also remains a shareholder of Schabau, who, thanks to a low rating, will step through his classes before having a shot at the spring handicaps in 2019.

“He was quite an expensive horse for what he had done in Germany. One of the things about importing horses is that if the horses are rated too highly, they have to be weight-for-age over here. That can be quite a challenge, whereas with him having a low rating, we have got the opportunity to win a few races and have some fun along the way,” he said.

“With him having a low rating, we have got the opportunity to win a few races and have some fun along the way.” – Suman Hedge

“If you look at the way that Chris Waller has had success with European horses, especially early doors, a lot of the time, they were these lower-rated horses that they could bring through and bank some prize-money. If they kept going up and improving and they were able to get to stakes level, that was a bonus.”

“That’s what we are hoping with this horse, to bank some prize-money, take some pressure off everyone and then hopefully qualify him (for the Cup) through a race like the Bart Cummings.”

Back to The Well

Encouraged by their experience with Schabau, Hedge and several of the other owners have recently purchased a share in a rising German 3-year-old called Django Freeman (Ger) (Campanologist {USA}), who will target the German Derby in July.

“Again through Holger, I’d seen some videos of the horse and got in touch with him. One of the owners wanted to trade, but the other wanted to keep him, so it was a complicated negotiation, but we ended up compromising and buying into him,” he said.

Hedge said the compromise means the original owners get to fulfil their dream of having a Derby runner, while a good performance in that race will have him in a good position to qualify for the major spring races in Australia.

“If it proves to be successful, it might be something we might look to do again in the future.” – Suman Hedge

“It also gives our owners in Australia the potential to go to Germany, which they have indicated they are keen to do,” he said. “We’ll see how it works and if it proves to be successful, it might be something we might look to do again in the future.”

It’s certainly a change of tack from a man who famously picked out subsequent Group 1 winner Zoustar as a yearling back in 2012 and also bred Group 1 winner Triple Honour (Honours List {Ire}). But starting up your own agency requires a flexible approach.

“It’s a really competitive industry and you are only as good as your last horse.” – Suman Hedge

“I’m not going to lie that it’s not difficult. There are so many bloodstock agents out there and they are all fighting for clients,” he said.

“I’ll be going to Magic Millions and I don’t have any orders from clients. I’ll just be speccing if I am buying anything and that puts a lot of pressure on you.”

“But I’m fortunate, I’ve got some really loyal supporters who are backing me. I’m doing a bit with them, with pinhooking and stuff like that. I’m always trying to get into different things.”

“That’s what inspired me to buy the horses from overseas, to try something different and to get involved. It’s a really competitive industry and you are only as good as your last horse.”

As for the horse who Hedge was so desperate to get his hands on as a yearling he drove to the sales in his pyjamas and copped a speeding ticket in the process, Zoustar, he couldn’t be prouder of what he has achieved so far as a stallion.

“Even when he went to stud, there were no guarantees. I remember people were a bit negative about his pedigree, his female line in particular, and they said he lacked a little depth there. But to see that he’s doing really well and he’s throwing 2-year olds and 3-year-olds, and sprinters, both fillies and colts. He’s ticking a lot of boxes.”

And Hedge is particularly excited about the impact Zoustar may have when he begins his Northern Hemisphere stud duties at Tweenhills Stud this year.

“If he can have success overseas, that would be something that would give me a lot of pride and it would be great for Australian breeding as well. If we can have another stallion that can go overseas and make a mark there as well, that’d be great,” he said.