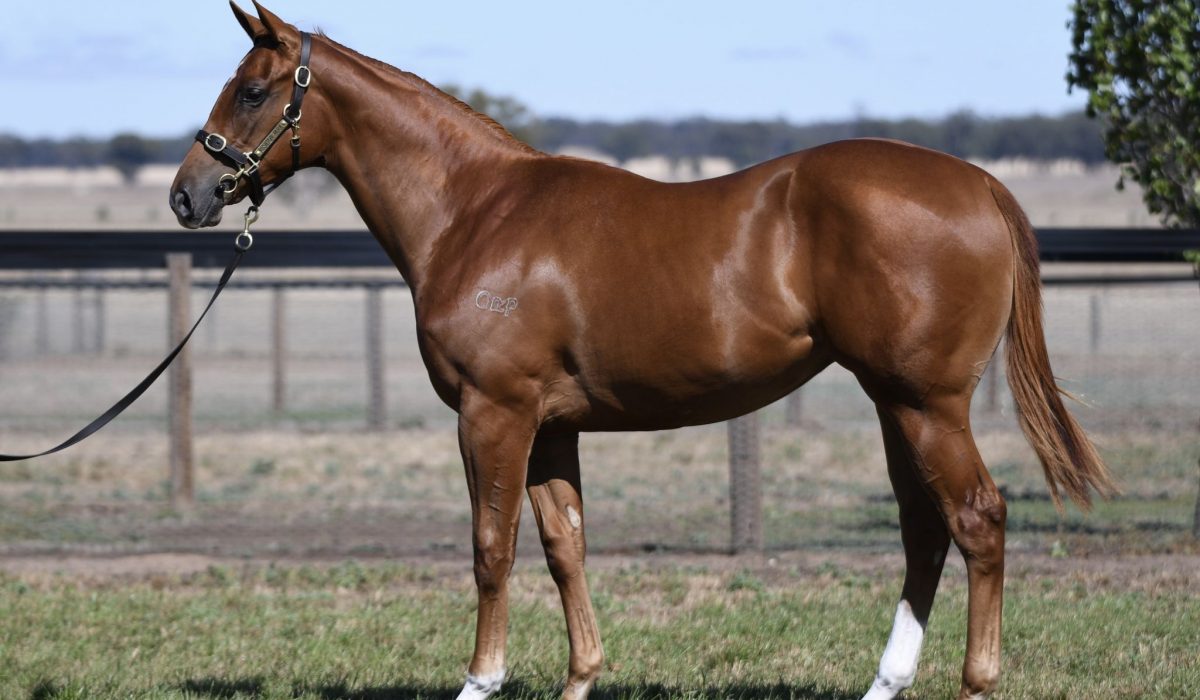 The Inglis Premier Sale proved a tricky sale for Suman Hedge Bloodstock with the company underbidder on six occasions however this frustration was quickly erased with purchase of an outstanding filly by Star Turn in partnership with Andrew Noblet Racing and Carbine Thoroughbreds.

The powerful filly catalogued as LOT 183 from the Rushton Park Thoroughbreds draft proved very popular throughout the lead into the sale and was very well inspected.

“She was a physical stand out, incredibly well developed for her age and a filly with a good purposeful walk,” said Suman Hedge

The 110K purchase is with long term associates Carbine Thoroughbreds is the first partnership with trainer Andrew Noblet who has recently moved his training base to Ballarat.

“We have recently moved to Ballarat and have been building up our team. This filly is very powerful and athletic, and I’m delighted to partner with Carbine Thoroughbreds and Suman Hedge Bloodstock,” said Noblet.

The filly’s sire Star Turn was a sharp 2yo placing in the Blue Diamond Prelude and trained on at 3 to win the Group 2 Schillaci Stakes and Group 3 San Domenico Stakes. Star Turn also placed four times at Group 1 level in races such as the Coolmore, Newmarket, Lightning and William Reid.

Garden of Eden, the dam of this filly was an unraced daughter of former VRC Derby winner and successful WA based stallion Blackfriars.
This mare has proven to be a good broodmare and is already the dam of the stakes-placed Akkadian who placed in the Group 2 VRC Sires Produce Stakes.