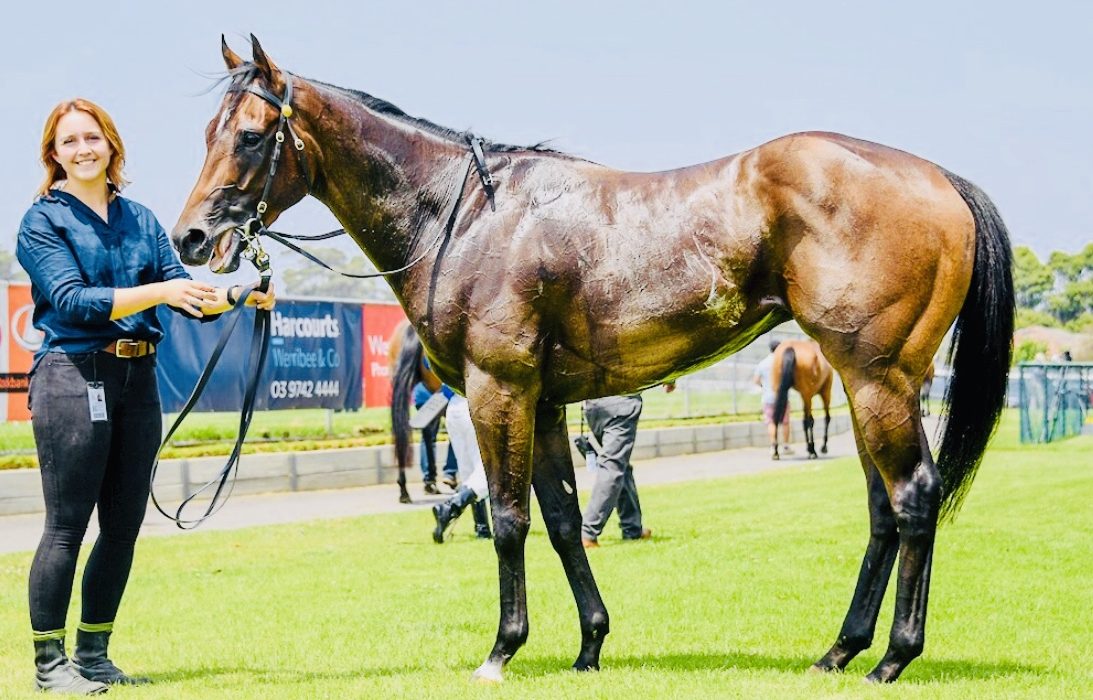 Promising 3yo Nuclear Cheval has shown his early promise was no fluke in winning his maiden at Werribee in impressive fashion.

The John Sadler trained gelding who was resuming after a 5 month spell showed tenacity to win the 1100m event by half a length from Write to Rossa with She’s Sublime a half length away in third place.

The gelding by Oaklands Stud based Power was having just his 3rd start after running 2nd on debut at Sandown as a 2yo and then placing 3rd at his next start at Bendigo.

Nuclear Cheval was a NZ$62,000 purchase by Suman Hedge Bloodstock and John Sadler Racing at the 2018 NZB Ready to Run Sale.

“This horse was one of the first purchases we made domestically for Suman Hedge Bloodstock so he has a place close to my heart,” said Suman Hedge.

The horse was the first collaboration with experienced trainer John Sadler.

“I’ve had some luck with John over the years with horses like Miss Norway and Makatiti and he was one of the first blokes to support me when I started my company. He’s found a very big client recently which is great but always happy to work in with him as he is a terrific trainer and a very loyal person”.

Nuclear Cheval was one of two purchases at that Ready to Run Sale which were followed by two more purchases at the NZB Premier Yearling Sale in 2019.

“The other horse we bought Manhattan Spector also has some decent ability and the two yearlings we bought together last year by Sacred Falls and Zoustar are also highly regarded with the Sacred Falls jumping out really well the other day”.

Power, the sire of Nuclear Cheval was an outstanding 2yo in Europe winning 4 times and trained on at 3 to win the Irish Two Thousand Guineas. He commenced his stud career at Cambridge Stud in New Zealand before being relocated to Oaklands Stud in QLD after a slow start to his career.

La Vienne, the dam of this gelding was a very handy race mare winning 3 times and placing 2nd in the Group 3 Hawke’s Bay Gold Cup. She is a half-sister to Group 1 Rosehill Guineas winner Sale of Century and is from the family of stakes winners Domino, Hero, Linky Dink and Clearly Innocent.
Nuclear Cheval will taken through his classes and looks to be a horse that should be Melbourne city level this time in.