Nicconi colt from Perth the latest acquisition for SHB 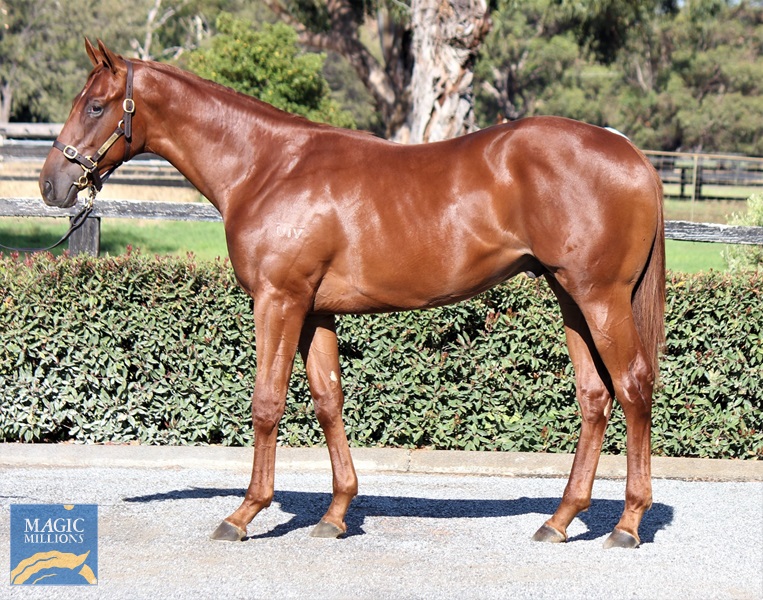 SHB has bolstered its 2020 haul of yearlings securing an outstanding Nicconi colt at the Magic Millions Perth Yearling Sale.

Catalogued as Lot 13, the strong chestnut colt is from the city winning Exceed and Excel mare Elite Ateates and was purchased in partnership with leading trainer Tony McEvoy for 160K.

The colt took the eye early of the wily South Australian trainer who was determined not to leave the sale without him.

“I’m very familiar with the sire to the point where I am nicknamed Tony Nicconi, and this boy has so much of his dad in him, he is a beautiful big strong colt and has great movement, I just had to have him,” said McEvoy.

For Hedge, the colt brought back memories of a champion that slipped through his grasp previously.

“I was at Caulfield when Nature Strip was a yearling and saw him walk past me like a panther for months before he got sold, I wasn’t fortunate enough to grab him, but when I saw this bloke move it was so reminiscent of him, I wasn’t going to let him go,” said Hedge.

The colt’s sire Nicconi was a star sprinter winning six times including the Group 1 Lightning Stakes.

At Stud Nicconi has been very successful siring 18 individual stakes winners including the likes of Faatinah, Sircconi, Chil Party, Nicoscene and Concealer.

Elite Ateates, the dam of this colt was a sharp city winner in Brisbane and is a daughter herself of the brilliant multiple group winner Ateates.

This is a family of considerable depth with Ateates being a daughter of Group 3 winner Paris Miss and ½ sister to Group 1 winner Ruffles.