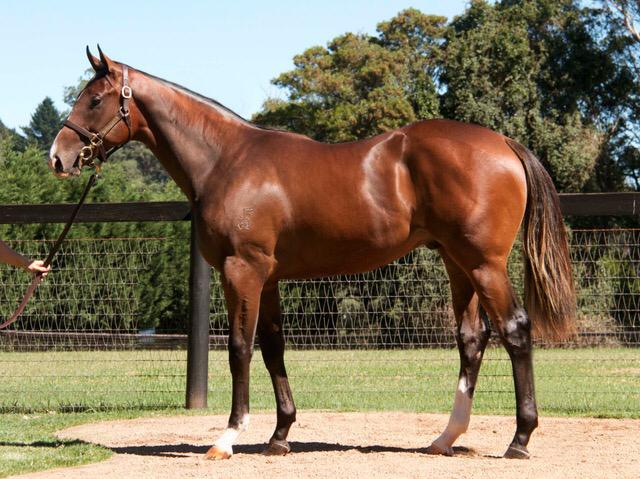 It was a red-letter day for Suman Hedge Bloodstock at the William Inglis Easter Yearling Sale with the company successfully selling a pin-hooked colt for $1,000,000 to Hawkes Racing and Orbis Thoroughbreds.

The bay colt was catalogued as LOT 106 is a son of Champion 1st Season Sire Zoustar from the unraced stakes producing mare Madamesta.

Offered by leading NSW nursery Milburn Creek, the colt was originally purchased at the 2018 Magic Millions National Weanling Sale by Suman Hedge Bloodstock when offered by Widden Stud on behalf of breeder Stephen Pitt for $200,000.

The $800,000 return for thoroughbred investors Myrrh Australia is believed to be a pin-hooking record.

“This is a really incredible result, we always loved the colt and backed our judgement to pick him up last year but to get a result like this for my pin-hooking group is beyond all our expectations,” said Hedge
Myrrh Australia investor Ralph Tierney stated his group was delighted by the sale outcome.

“This group was formed last year as each of us had worked in with Suman and witnessed him to achieve the highest level of success in racing, to get a result like this from our first group of purchases is just amazing,” said Tierney.

The colt’s sire Zoustar was raced by Suman Hedge who drew comparisons with the Madamesta colt son.

“I’ve been looking for a Zoustar colt since he went to stud and when I saw this horse I could see so much of his father’s quality and athleticsm. He has grown into a magnificent specimen and has been beautifully managed by Scott Holcombe and his staff at Milburn Creek.”

The colt who is a ½ brother to Listed winner Bullpit caught the eye of multiple buyers leading to a bidding frenzy before ultimately being snapped up by prominent Hong Kong operation Orbis Thoroughbreds.

He will be broken in and sent to leading trainers Hawkes Racing who loved the colt and recommended his purchase.