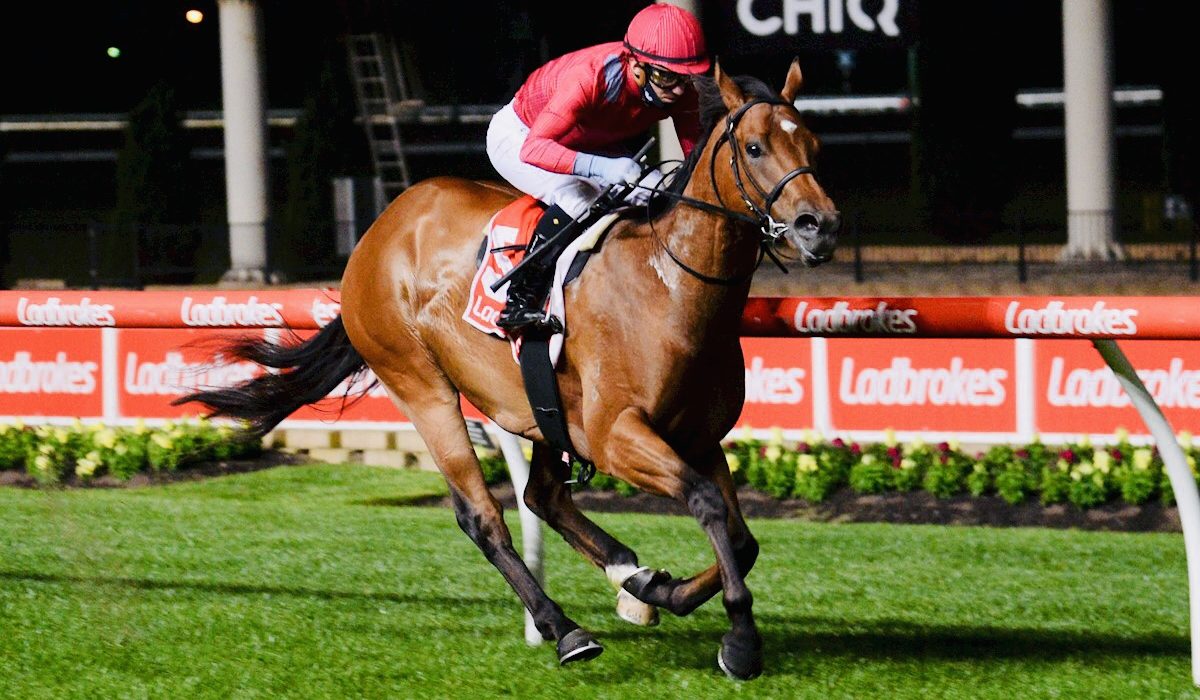 He might not have flashed across the turf as he did at Moonee Valley, but Meteorite was still quite authoritative in winning at Sale on Sunday, October 25.

After all, it was a heavy 10 track rating for the Ladbrokes Split Multi Benchmark 70 Handicap (1000m) but the Tony & Calvin McEvoy-trained four-year-old led throughout for an easy win. Despite never having raced on a heavy track, bookmakers took no chance with the Moonee Valley 955 metre track record holder, and Meteorite started an odds-on $1.60 favourite.

Ridden by Luke Currie, Meteorite won by 2-1/4 lengths from The Crusha ($6) with Aluf ($21), a short head away third. The gelding began quickly from gate six and Currie had him across in front and in control after 200 metres. He was able to rate Meteorite to perfection, and the gelding lengthened in the home straight to win well.

Trainer Calvin McEvoy said he was delighted with the victory. “I’m not sure Meteorite has ever really galloped on a heavy track,” he said.

“I know he has never raced on one, and I don’t remember him ever working on one. If today’s race wasn’t part of where we wanted to go, I’m not sure he would have started.”

“The Flemington race on the final day of the Melbourne Cup carnival was perfect for him,” McEvoy said.

“To qualify, he had to run today at Sale, and now we know he is comfortable on wet tracks.”

Meteorite has now made it two wins from as many starts this preparation after being gelded.

“Losing his manhood will be the making of him as a racehorse.”

Meteorite was purchased as a yearling at the 2018 Melbourne Premier Yearling Sale for $190,000 by Suman Hedge Bloodstock in partnership with McEvoy Mitchell Racing.