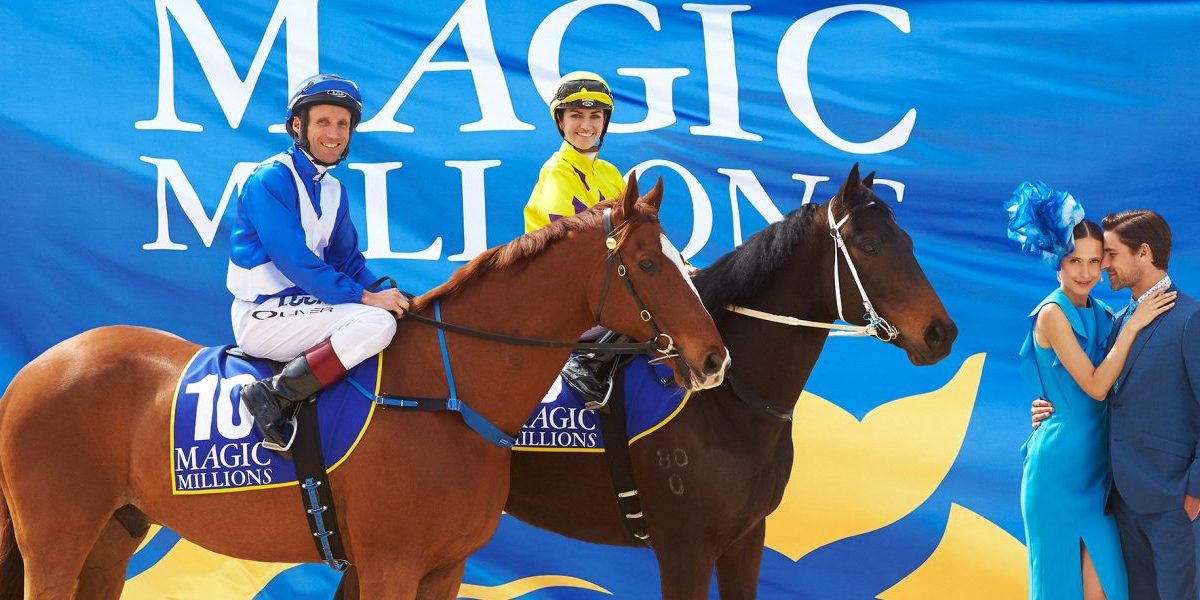 The Magic Millions Sale on the Gold Coast once again proved to be a very strong sale with a healthy average and very strong top end.

For Suman Hedge Bloodstock the sale was successful with the company purchasing a couple of lovely colts.

The first purchase was LOT 638, an athletic looking son of Extreme Choice from the running Mossman mare – Pink Perfection from the Newgate Farm draft for 180K. 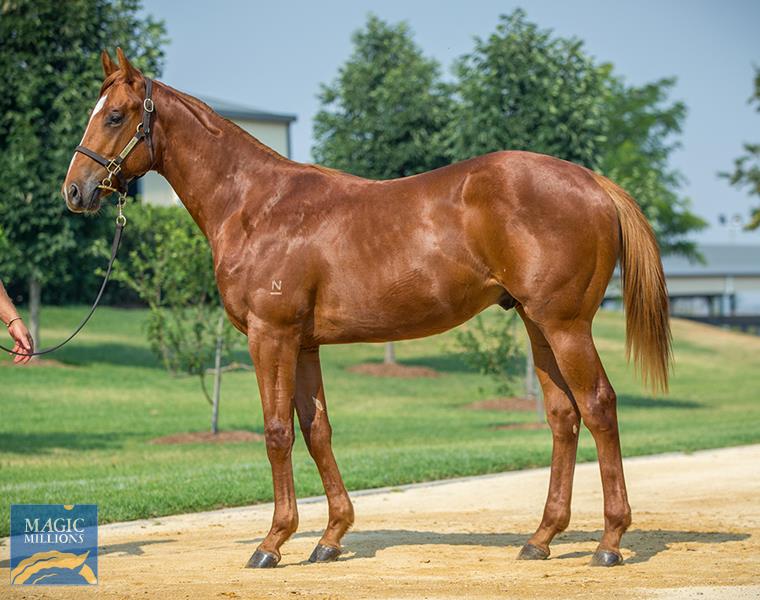 The colt’s sire Extreme Choice was a leading 2yo of his generation winning the Group 1 Blue Diamond Stakes and then trained on to win the Group 1 Moir Stakes as a 3yo.

Extreme Choice is a First Season Sire but only has 49 live foals from his first crop after a challenging start to his stud career.

Dam – Pink Perfection was a talented and fast race mare winning 4 races (once at 2) from 1000-1100m and over 270K in prizemoney including 4th place in the Listed Lightning Stakes in Adelaide.

This colt was purchased in partnership with leading trainer Mick Price who loved this horse and felt he bared a strong resemblance to Extreme Choice which was a colt he trained.

“This colt is so much like his father, the same body shape, not too heavy, very athletic and has a great temperament,” said Price.

This horse was bred in a partnership which includes several senior Newgate Farm identities including Managing Director Henry Field and Director of Stallions Bruce Slade who loved the horse so much they have bought back in.

“He is exactly the kind of horse we try to target from this sale, he is neat and strong and looks a precocious type that can be set for the race (Magic Millions) and then go on to be a nice horse. The fact people the calibre of Henry and Bruce have decided to buy back in is a strong endorsement of this colt’s appeal,” said Hedge.

SHB finalised its purchasing at the sale securing LOT 1034 a striking colt by Arrowfield Stud newcomer Shalaa out of Backless for 275K in partnership with David Redvers, Sandhurst Bloodstock Ryan McEvoy) and McEvoy-Mitchell Racing. 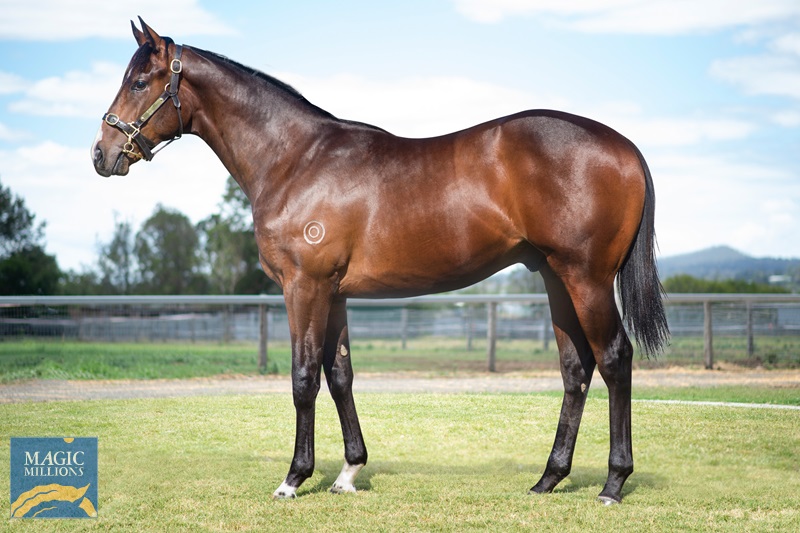 The colt’s sire Shalaa was a high-class sprinter in Europe winning 6 races from just 8 starts including the Group 1 Middle Park Stakes and Group 1 Prix Morny.

The horse was trained by leading trainer John Gosden and ridden by leading rider Frankie Dettori who both claimed he was the fastest 2yo they had anything to do with.

Backless, the dam of this colt was a multiple winner and daughter of Group 2 winner Alagant Satin.

“I just loved this colt from the moment I saw him and felt he was the best looking son of Shalaa at the sale. When the opportunity came to buy the horse with David Redvers, Ryan McEvoy and Tony and Calvin McEvoy whom equally loved the colt, it was just a no brainer,” said Hedge.