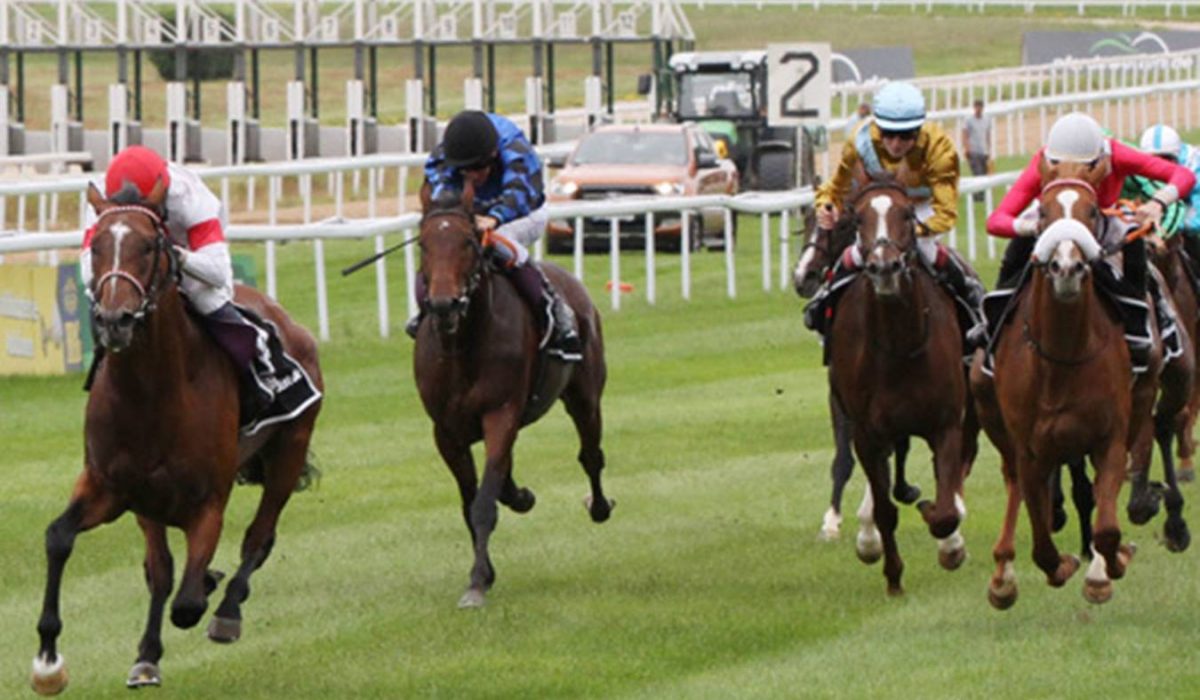 The Henk Grewe trained 3yo started the race as favourite but found himself well back in a leader dominated track after starting from a wide gate.

In the straight Django Freeman worked through his gears but was unable to peg back Laccario who scored by 2.5 lengths with Winterfuchs a further 1.75 lengths away in 3rd place.

Django Freeman’s jockey Lukas Delozier was full of praise for the son of Campanologist.

“He had no chance from the gate, he got too far back but ran home with his usual courage, it was a very good Derby trial,” said Delozier.

Trainer Henk Grewe was equally impressed with his steed.

“Today was a good test for Django Freeman against the best horses, the winner (Laccario) is a very good horse but we will give him a strong race in the Derby,” said Grewe.

The winner Laccario a son of high-class racehorse Scalo has a strong staying pedigree being a grandson of German and Japan Cup winner Lando whilst grand dam La Donna placed 3rd in the G1 German Oaks.

Interestingly for Laccario the legendary producer Laurea appears on the 3rd generation on both sides of his pedigree via a sibling set as the dam of Lando and the dam of La Donna. Laurea is famed in Germany as being the dam of 2 individual German Derby winners (Lando and Laroche).

The Union-Rennen was also a timely reminder of the sad early loss of Campanologist who sired both Django Freeman and 3rd place getter Winterfuchs. Campanologist died prematurely at 10 years of age following a bout of colic after returning to Germany following stud duties in Argentina.

The dominant victory by Laccario has led to him being installed as a strong $2.50 favourite for the Group 1 German Derby to be run at Hamburg on July 7th.

Django Freeman will run for a syndicate of Australian owners in the Derby after being purchased by Suman Hedge Bloodstock last December.

The colt is scheduled to join the stables of Robert Hickmott following the Derby and will be set for a rich series of races in the Melbourne spring carnival.