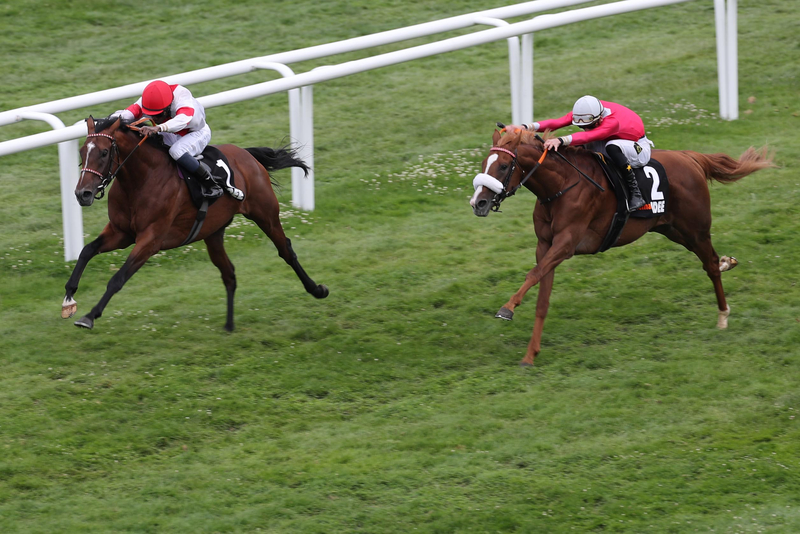 Plucky 3yo Django Freeman ran the race of his life but found one better finishing 2nd in the Group 1 German Derby yesterday in Hamburg.

The Henk Grewe trained son of Campanologist gave his Australian and German connections a great sight fighting all the way to the line to be beaten 1.25 lengths by the outstanding colt Laccario with Accon a further 1.5 lengths away in 3rd place.

For Laccario the Derby capped off an outstanding campaign for the son of Scalo where he remained unbeaten and firmly established himself as the best horse in Germany and one of the most promising 3yo’s in Europe.

After running 2nd in his one outing as a 2yo Laccario has come back a stronger and mature horse and has been unstoppable in his three outings at 3 taking his overall record to 3 wins and a 2nd from 4 starts and $448,200 Euro in prizemoney to date.

Django Freeman lost no admirers with his game performance with jockey Lukas Delozier full of praise for the lightly raced colt.
“Django Freeman gave me a great ride, he relaxed beautifully and at the top of the straight I thought we would win when he briefly hit the front but Laccario was too strong and was the superior colt today,” said Delozier.

Trainer Henk Grewe was similarly impressed with Django Freeman’s efforts and optimistic about his future.

“As always the horse gave 100% but he has just found one better in Laccario. He has been a pleasure to train and am sure will do very well in the future in Australia,” said Grewe.

Django Freeman was the 2nd overseas purchase for Suman Hedge Bloodstock following the acquisition of Schabau, a horse that is undefeated in Australia from 3 starts and was favourite for the Melbourne Cup before unfortunately sustaining an injury.

Hedge believes the best is yet to come for Django Freeman and is excited for connections.

“This has been a novel and rewarding experience buying into a German horse and racing him there before ultimately bring the horse back to Australia. It’s been tremendously exciting for connections, some of which have come here and been part of the excitement and will no doubt be a lot of fun when we take him home and race there,” said Hedge.

Django Freeman will now head to James Eustace in Newmarket before going into quarantine and coming to Australia.

“The horse will leave England on the 14th of August and is scheduled to be released by quarantine in Australia on the 31st of August and head to Rob Hickmott’s Caulfield stables for a tilt at some rich spring staying targets.”