Back to the drawing board for German duo 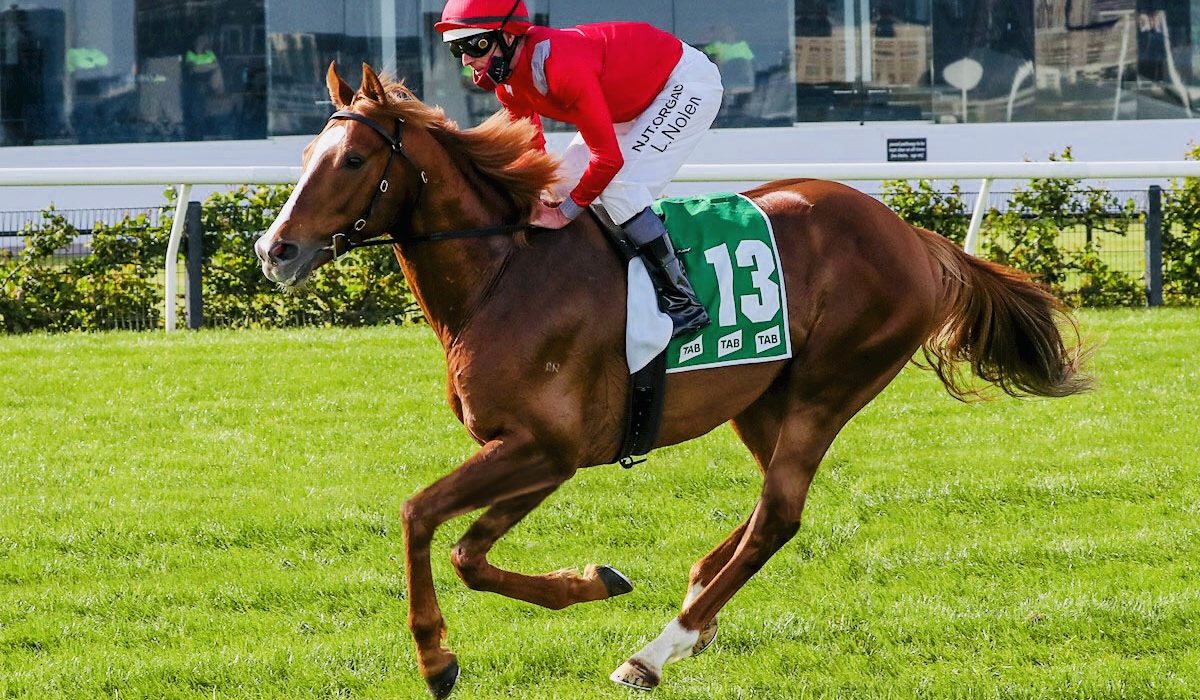 Turnbull and Bart Cummings Stakes proved to be a frustrating day for Suman Hedge Bloodstock with imported horses Django Freeman and Schabau falling short in their respective races.

Schabau was first up of the pair to race starting second favourite in the Group 3 Bart Cummings over 2510m with visiting WA jockey Willie Pike aboard.
Starting from a sticky gate (10) Schabau found himself further back than his two previous runs this preparation but pleasing found cover and raced far more tractably.

Rounding the final turn Schabau, unfortunately, found himself in a pocket and took time to extricate himself out before running home strongly to run 4th to Persan.

A big strong entire, Schabau lacks the agility to accelerate rapidly. Part owner Suman Hedge is convinced that being boxed on the corner cost the horse victory in the race.

“Schabau is a big stallion and is the kind of horse that needs to go through his gears to get to his top, he is never going to put a quick margin on his rivals, but if he has time to gather momentum and showcase his stamina he has elite staying qualities, it’s a shame he didn’t get the chance to show this, but that’s racing.”

Worryingly Schabau again displayed pre-race antics in the mounting yard which has become a cause of concern for connections.

“He is a horse that has a very decent opinion of himself, I don’t think there are too many mirrors he’s walked past without stopping and staring, but it’s actually quite annoying as he unnecessarily expends energy. Hopefully, this and other things won’t cost him a big race as that would be such a waste,” said Hedge.

With Schabau missing the golden ticket into the Melbourne Cup he will now have to win one of the other qualifying races to earn a start as he is presently well down the order of entry and unqualified.
Experienced trainer Robert Hickmott will let the dust settle and will make a call on Schabau’s next assignment in the coming days with a start in the Lexus Stakes on Derby day looming large.

Talented galloper Django Freeman also endured a difficult day with the son of Campanologist a well-beaten 11th in the Group 1 Turnbull Stakes.
The 5yo who was using the race as a possible springboard for the Group 1 Caulfield Cup found the going a bit tough, but in the end, finished just 2.7 lengths away from star race mare Verry Elleegant in a bunched finish.

Racing Manager Suman Hedge was philosophical about the result.

“Django was meeting the cream today and fell a bit short, he is a nice honest horse but we will re-assess and plot a different course to give him the best chance of success,” said Hedge.

“Out trainer Rob Hickmott will make the call, but at this stage, we might look at the Group 3 Coongy and then some of the country cups. We are keen to see him over some ground so will give him his opportunity after the Coongy, and hopefully, he can rekindle his form of last year when he ran so well in his classic year.”